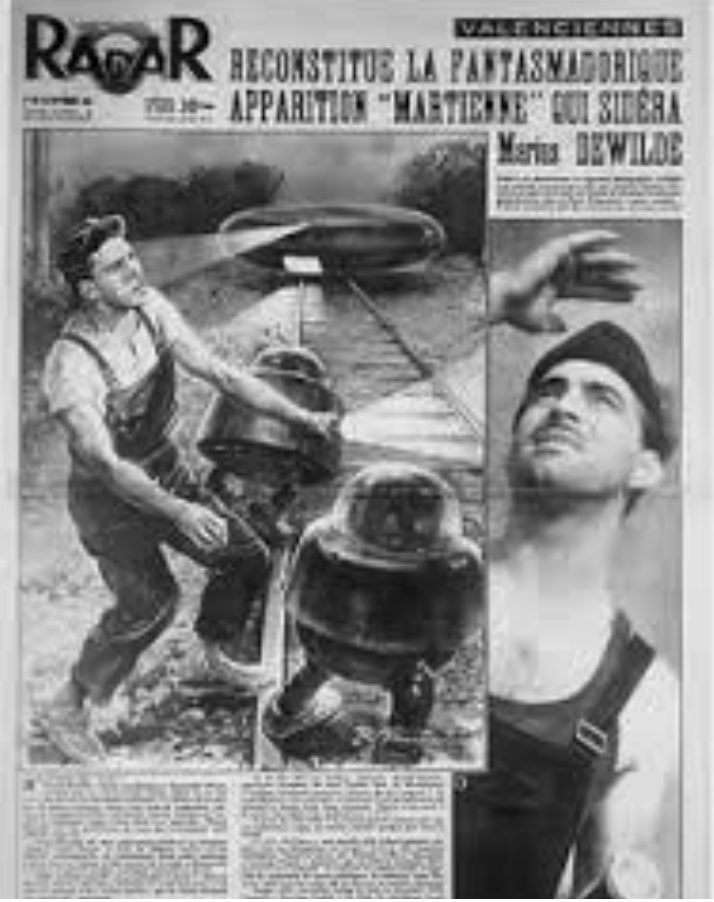 U.S. publications like LIFE and The New Yorker magazine reported on this, though inevitably with tongue-in-cheek commentary

Sightings of UFO occupants have occurred steadily over the years but tend to increase during sighting waves. By far the most common type is the small humanoid wearing “coveralls” and some kind of headgear, usually round or helmet-like. During close-range encounters with beings outside of their UFO craft, witnesses sometimes have heard unintelligible vocalizations and observed technological “tools.” They have been observed “taking samples,” “repairing their craft,” and engaged in other activities.

Some scattered reports of humanoid beings observed in association with UFOs were made as early as 1947. However, the earliest wave of such sightings occurred in Europe late in 1954, primarily in France and Italy. Major U.S. publications like Life and The New Yorker magazine reported the sightings, though inevitably with tongue-in-cheek commentary.

The reported beings typically were 3-4.5 feet (0.9-1.4 meters) tall and wore coveralls and round, translucent headgear resembling “diver’s helmets.” Light beams or other electromagnetic energy from the craft (or from the beings) had effects on animals and frequently paralyzed human witnesses. At the same time, vehicle engines and headlights failed. Some sort of aerial craft, usually round or disc-shaped, was observed.

On the wooden railroad ties were found five imprints; later calculations were that a thirty-ton weight would have been necessary to produce them.

One of the first such reports came from Quarouble, France, near the Belgian border, on the evening of September 10, 1954. At around 10:30 p.m., Marius Dewilde heard his dogs barking outside and decided to see what was going on. On the nearby railroad track only twenty feet away, he saw a dark mass. When he heard footsteps, he turned his flashlight on the path, where he saw two very short beings (between three and four feet tall) wearing what he called “diver’s suits.” He approached to within a mere six feet, when a brilliant light came from the object on the tracks. This blinded and paralyzed him. The two creatures then moved toward the object. When the beam light went out, Dewilde continued to approach the track, but the object was now rising, giving off a “thick dark steam” and a low whistling sound. It glowed red, then it flew away. On the wooden railroad ties were found five imprints; later calculations were that a thirty-ton weight would have been necessary to produce them. Oddities continued to occur in the immediate aftermath of the incident. One of Dewilde’s dogs died just three days after the event, and he began suffering from respiratory problems. Meanwhile, it was claimed that three cows in nearby farms were found dead, with subsequent examination revealing that their blood had been completely removed.

Ironically, a New Mexico police report in 1964 helped to legitimize to the French wave from 10 years earlier.

Police officer Lonnie Zamora reported seeing two small humanoid beings standing next to a landed craft on April 24, 1964, in Socorro, New Mexico. Since Zamora was a well-known and respected officer, his report helped to legitimize 10 years of prior UFO occupant sightings that had been considered somewhat borderline by many people. His report made headlines nationally and, to some degree, internationally.