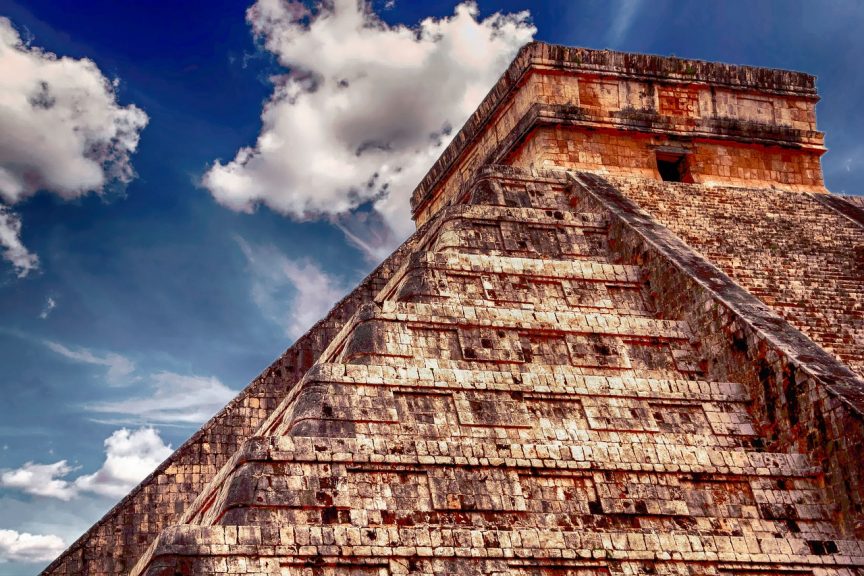 It is unknown how many people experience UFO healings. Thomas E. Bullard, a well-known American folklorist who has examined UFO encounters as folklore, conducted a study of 270 abduction accounts and concluded that four percent (thirteen cases) experienced UFO healings. He reported in The Myth and Mystery of UFOs (2010) that many of the cures appeared to be the result of a “deliberate intervention” and that the cures required advanced medical expertise. In other words, diseases that were beyond human medical science appeared to be easily cured by extraterrestrials.

In this document, you will meet Salvador, who was diagnosed as being in the last stages of lung cancer and was cured by an ”angel from the stars.”

I met Salvador through his wife, Carla, a Maya woman I met at a small village near Uxmal. Her father was a close friend of my driver, Arturo. Arturo, who had picked me up at my Merida hotel, had been recommended by the concierge. Once I climbed into his van, he asked if I minded if we stopped off at his cousin’s house so that he could deliver some corn bread from his wife. When we arrived at Carla’s house, we were greeted by several children, who rushed to Arturo and hugged him. He reached in his pocket and handed each of them candies and coins.

“The UFOS carried angels who healed him.”

“My nephews and nieces. Uncle Arturo always brings them treats,” he said, referring to himself. Carla appeared in the door­ way and welcomed us into her home. She introduced me to her two sisters. Dressed identically in white embroidered huipils, they could have passed for triplets. We were shown to the backyard, where a small table was set with refreshments. Arturo spoke to the women in the regional Mayan dialect as we sat in the shaded backyard and drank freshly squeezed orange Juice. As he explained that I was following the path of Stephens and Catherwood, the women nodded in unison and smiled knowingly. When he explained that I was also collecting stories about UFOs and Star People encounters, the trio fell silent momentarily and began discussing the various sightings of unexplained UFOs that frequented the area. Speaking in a combination of the Mayan language and Spanish, I was able to understand some of their discussion.

“Carla says she has seen UFOS many times,” Arturo said. He paused as she continued, and then translated. “Once she saw a V-shaped craft with red lights.” She outlined the shape on the table. “She said that it hovered over her village.”

“Would you ask her to describe what happened?”

“It came from the west. lt hovered over the village, shining lights on the village below.”

“We were frightened. We thought it meant us harm.” She paused and looked at the women. They nodded approval and she continued. “Then, it turned, and before our eyes it disappeared. Later that night, four lights appeared in our home. My husband was ill. The doctors said he had lung cancer form years of smoking and they sent him home to die. He had trouble breathing. He could no longer walk or feed himself. It took all of his energy to breathe. My sisters and I cared for him. One of us was always by his side.’ She paused, allowing, Arturo the opportunity to translate

“Is her husband still alive?” I asked Arturo.

“She says that the UFOS carried angels who healed him.”

“Did she see the angels?”

“I don’t think so,” Arturo responded. I waited as they spoke in Mayan. The other two woman join in the conversation. “She says the Star Men healed her husband. She says that if you want to meet her husband, he will be home in another hour. He is working in the orchard now. He will come home for lunch.” Carla excused herself to prepare lunch. Her sisters disappeared with her.

“Arturo, did you know about the UFO incident?”

“Si. I was not sure she would tell her story. She is very reluctant to talk to strangers. But I told her that you were Indios. She has never met an Indios woman from the U.S.A. She wants to share her husband’s story.”

“When Salvador arrives, please give me time to speak with him. I think he will agree to tell his story, but I want to approach him first. He is a private man, and his story is amazing. I think I can convince him to talk.”

No more than twenty minutes had passed when Salvador entered the backyard. Arturo and Salvador greeted each other and spoke briefly. Arturo turned to me and introduced us. “Salvador speaks some English and Spanish. He worked at Uxmal as a guide when he was younger. After his father died, he took over the orchard and took care of his mother until she passed.”

“I am happy to meet you, Señora,” Salvador said. I looked at the man, slightly bent, from the years of toiling in the fields. He was old for his age, and yet there was a glint in his eye that confirmed he was full of life. He stood barefoot before me, his feet caked with the dirt of the fields, and yet he appeared almost regal in his demeanor. He was a man reborn, according to his wife, and he displayed the confidence of a man who expected to live a long life.

“I told Salvador that you were following the route of Stephens and Catherwood. He is impressed.”

“What is a third-ago grandfather?’ I asked.

“Tell him I am very impressed. I feel like I am touching history.” Arturo explained to Salvador what my comment meant, and he smiled and nodded.

“The señora is also collecting stories about UFOS,” Arturo said. “Carla told her about your healing. Would you be willing to share your story with her?” Salvador nodded, removed his straw hat, and wiped his brow with a rag he pulled from his back pocket.

“I was close to death,” he said, pausing as though remembering his illness. “‘The priest had been called to my bedside twice, but I kept holding on, waiting for a miracle from Jesus. The doctors had given up on me.” I saw his wife walk to his side and bring a fresh pitcher of orange juice. He looked at her and nodded before continuing. “The night the UFOs came, I could see the lights from my hammock. The whole outside was red. I did not know what was going on. Carla came in and told me what she saw. I prayed to God it was my miracle, but my breathing stayed the same.” He paused when Carla appeared with a plate of tortillas and beans. Salvador filled a tortilla and passed the plate to me. I passed the plate to Arturo. We ate and drank orange juice in silence. Salvador ate another plateful of tortillas before he spoke again. “It was later that night.

I fell asleep. A bright light woke me. The room was like a full sun had come up, but that was not true. Fireballs of light circled my hammock. They slowly went up and down my body. One center over my head and stayed there.” He pointed to his four head. “It was warm and felt good. The other center on my chest, which became very warm. Suddenly I could breathe. I sat up in the balls of light went out the door. I followed them and just as they reached the backyard, I saw them. Five men came out of the balls of light. They stopped and look at me. I saw a beam of light come from the trees above, and they disappeared upward into the light. I watched as the V-shaped machine moved upward. Red lights outlined it. It climbed into the sky and then it was gone.”

“Where was Carla at this time?”

“She slept. She did not hear or see.”

“When did you tell her about what happened to you?”

“I woke her up. I knew I was healed. She was shocked and worried. She wanted me to sit down, but I was too excited. For the first time in years, I could breathe easily.”

“When did this happen?” I asked.

“Four years ago. The doctors said there was no sign or cancer. They did not understand. They said it was a miracle, but I knew that ii was the angels sent by Jesus to take care of me. Otherwise l would be gone. Father Felipe said it was a miracle,” he said, referring to the local Catholic priest.

“Where do you think the Star Men came from?”

“I think they live in heaven with Jesus. And if you believe in Jesus and you are faithful, he will answer your prayers.”

I often think of Salvador and the power of prayer. He prayed faithfully every day believing that Jesus would heal him. In the end, it took the intervention of his “Star Angels” to do just that. I haven’t forgotten. his last words: “I pray every day,” he said.