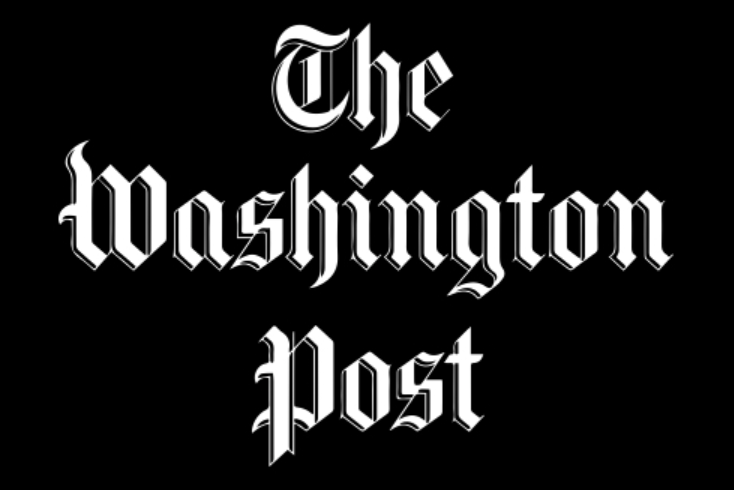 Daniel W. Drezner. (2019). UFOs exist, and everyone needs to adjust to that fact. The Washington Post.

Daniel W. Drezner is a professor of international politics at the Fletcher School of Law and Diplomacy at Tufts University and a regular contributor to Post Everything

The term “UFO” automatically triggers derision in most quarters of polite society. One of Christopher Buckley’s better satires, “Little Green Men,” is premised on a George F. Will-type pundit thinking that he has been abducted by aliens, with amusing results. UFOs have historically been associated with crackpot ideas like Big Foot or conspiracy theories involving crop circles.

The obvious reason for this is that the term “UFO” is usually assumed to be a synonym for “extraterrestrial life.” If you think about it, this is odd. UFO literally stands for “unidentified flying object.” A UFO is not necessarily an alien from another planet. It is simply a flying object that cannot be explained away through conventional means. Because UFOs are usually brought up only to crack jokes, however, they have been dismissed for decades.

One of the gutsiest working paper presentations I have witnessed was Alexander Wendt and Raymond Duvall presenting a draft version of “Sovereignty and the UFO.” In that paper, eventually published in the journal Political Theory, Wendt and Duvall argued that state sovereignty as we understand it is anthropocentric, or “constituted and organized by reference to human beings alone.” They argued that the real reason UFOs have been dismissed is because of the existential challenge that they pose for a worldview in which human beings are the most technologically advanced life-forms:

UFOs have never been systematically investigated by science or the state, because it is assumed to be known that none are extraterrestrial. Yet in fact this is not known, which makes the UFO taboo puzzling given the ET possibility…. The puzzle is explained by the functional imperatives of anthropocentric sovereignty, which cannot decide a UFO exception to anthropocentrism while preserving the ability to make such a decision. The UFO can be “known” only by not asking what it is.

Considerable work goes into ignoring UFOs, constituting them as objects only of ridicule and scorn.

When Wendt and Duvall made this argument, there were a lot of titters in the audience. I chuckled too.  Nonetheless, their paper  makes a persuasive case that UFOs certainly exist, even if they are not necessarily ETs. For them, the key is that no official authority takes seriously the idea that UFOs can be extraterrestrials. As they note, “considerable work goes into ignoring UFOs, constituting them as objects only of ridicule and scorn.”

Because UFOs are usually brought up only to crack jokes, however, they have been dismissed for decades.

In recent years, however, there has been a subtle shift that poses some interesting questions for their argument. For one thing, discussion of actual UFOs has been the topic of some serious mainstream media coverage. There was the December 2017 New York Times story  by Helene Cooper, Ralph Blumenthal, and Leslie Kean about the Defense Department’s Advanced Aerospace Threat Identification Program, which was tasked with cataloguing UFOs recorded by military pilots. DoD officials confirmed its existence. Though this story generated some justified skepticism,  it represented the first time the U.S. government acknowledged the existence of such a program.

Then, there were the reports last November about Oumuamua, “a mysterious, cigar-shaped interstellar object  [that] fell through our solar system at an extraordinary speed,” according to New York’s Eric Levits.   Oumuamua’s shape and trajectory were unusual enough for some genuine astrophysicists to publish a paper ]suggesting the possibility that it was an artificial construction relying on a solar sail. Again, this prompted skeptical reactions,  but even those skeptics could not completely rule out the possibility that extraterrestrial activity was involved.

Then, on Monday, the New York Times came out with another story by the same reporters who broke the 2017 story:

The strange objects, one of them like a spinning top moving against the wind, appeared almost daily from the summer of 2014 to March 2015, high in the skies over the East Coast. Navy pilots reported to their superiors that the objects had no visible engine or infrared exhaust plumes, but that they could reach 30,000 feet and hypersonic speeds.

“These things would be out there all day,” said Lt. Ryan Graves, an F/A-18 Super Hornet pilot who has been with the Navy for 10 years, and who reported his sightings to the Pentagon and Congress. “Keeping an aircraft in the air requires a significant amount of energy. With the speeds we observed, 12 hours in the air is 11 hours longer than we’d expect.”….

No one in the Defense Department is saying that the objects were extraterrestrial, and experts emphasize that earthly explanations can generally be found for such incidents. Lieutenant Graves and four other Navy pilots, who said in interviews with The New York Times that they saw the objects in 2014 and 2015 in training maneuvers from Virginia to Florida off the aircraft carrier Theodore Roosevelt, make no assertions of their provenance.

The Times reporters broke new ground by getting pilots on record. What is interesting about this latest news cycle, however, is that DoD officials are not behaving as Wendt and Duvall would predict. Indeed, Politico’s Bryan Bender reported last month that, “The U.S. Navy is drafting new guidelines for pilots and other personnel to report encounters with ‘unidentified aircraft,’ a significant new step in creating a formal process to collect and analyze the unexplained sightings — and destigmatize them.” My Post colleague Deanna Paul followed up  by reporting that “Luis Elizondo, a former senior intelligence officer, told The Post that the new Navy guidelines formalized the reporting process, facilitating data-driven analysis while removing the stigma from talking about UFOs, calling it ‘the single greatest decision the Navy has made in decades.’

What appears to be happening is that official organs of the state are now acknowledging that UFOs exist, even if they are not literally using the term.  They are doing so because enough pilots are reporting UFOs and near-air collisions so as to warrant better record-keeping. They are not saying that these UFOs are extraterrestrials, but they are trying to destigmatize the reporting of a UFO.

Still, the very fact that this step has been taken somewhat weakens the Wendt and Duvall thesis. This was always a two-step process: (a) Acknowledge that UFOs exist; and (b) Consider that the UFOs might be ETs.

In recent years, the U.S. national security bureaucracy has met the first criterion. What happens to our understanding of the universe if great powers meet that second one?