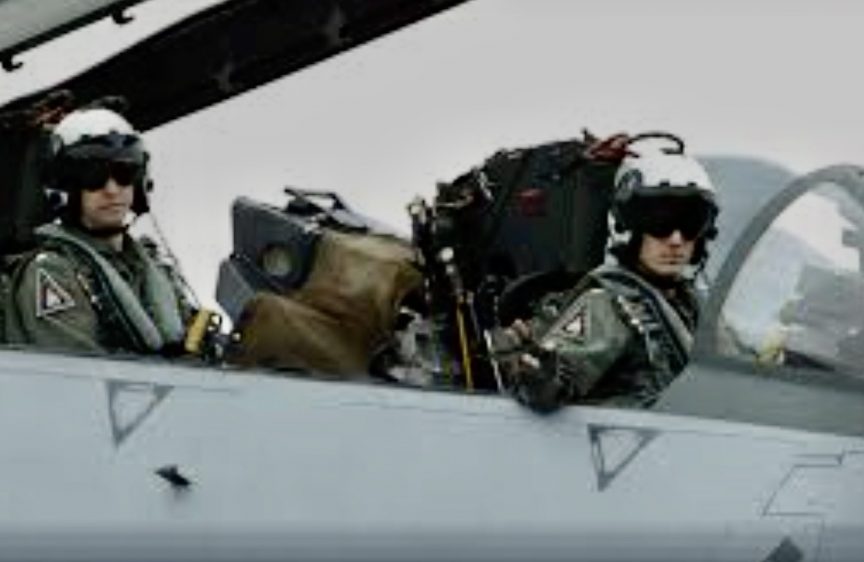 Marina Koren. (2019). Just Don’t Call Them UFOs: The US military wants pilots to report strange sightings in the sky, but doesn’t want any of the stigma that comes with it. The Atlantic.

Pilots are about to receive a new memo from management: If you encounter an unidentified flying object while on the job, please tell us.

The U.S. Navy is drafting new rules for reporting such sightings, according to a recent story from Politico. Apparently, enough incidents have occurred in “various military-controlled ranges and designated airspace” in recent years to prompt military officials to establish a formal system to collect and analyze the unexplained phenomena. Members of Congress and their staffs have even started asking about the claims, and Navy officials and pilots have responded with formal briefings.

The Washington Post provided more details in its own story:

In some cases, pilots—many of whom are engineers and academy graduates—claimed to observe small spherical objects flying in formation. Others say they’ve seen white, Tic Tac–shaped vehicles. Aside from drones, all engines rely on burning fuel to generate power, but these vehicles all had no air intake, no wind and no exhaust.

The Navy knows how this sounds. It knows what you must be thinking. But the fact stands that some pilots are saying they’ve seen strange things in the sky, and that’s concerning. So the Navy is trying to assure pilots that they won’t be laughed out of the cockpit or deemed unhinged if they bring it up. “For safety and security concerns, the Navy and the [U.S. Air Force] takes these reports very seriously and investigates each and every report,” the Navy said in a statement to Politico.

Yet even as the Navy indicates it’s willing to discuss the taboo topic, it’s also shying away from three notorious little letters. UFO carries an airport’s worth of baggage, bursting with urban legends, government secrecy, and over-the-top Hollywood movies. The statements and quotes that the Navy provided to news outlets are devoid of any reference to UFOs. Instead, they’re called “unexplained aerial phenomena,” “unidentified aircraft,” “unauthorized aircraft,” and, perhaps most intriguing, “suspected incursions.”

The message is, if you see something, say something, but for God’s sake, lower your voice. Don’t call it a UFO. Which is funny, since the military came up with the name in the first place.

The Navy knows how this sounds… But the fact stands that some pilots are saying they’ve seen strange things in the sky, and that’s concerning.

The earliest government programs dedicated to investigating UFO sightings in the late 1940s treated the claims, unsurprisingly, as a big joke. As a rule, officials dismissed and debunked any reports as hoaxes and hallucinations, according to UFOs and Government: A Historical Inquiry, a textbook-style deep dive published  in 2012. This apparently didn’t sit well with some of the higher-ups.

In some ways, the Navy’s modern-day attempt to take seriously reports of UFO sightings is a rerun of what happened next. “I want an open mind,” Major General Charles Cabell, then the head of Air Force intelligence at the Pentagon, reportedly demanded at a meeting with subordinates in 1951. “Anyone who doesn’t keep an open mind can get out now.”

A new, secretive program, dubbed Project Blue Book, was quickly organized to investigate claims of strange visions in the sky without ridiculing them. Its director, Edward Ruppelt, introduced the term unidentified flying object sometime around 1953. The definition carried no hint of extraterrestrial life; in a national-security official’s scariest daydreams, the objects were probably Russian spy craft. For the military, a UFO was simply “any airborne object which by performance, aerodynamic characteristics, or unusual features, does not conform to any presently known aircraft or missile type, or which cannot be positively identified as a familiar object.”

The message is, if you see something, say something, but for God’s sake, lower your voice. Don’t call it a UFO.

By then, there had already been several high-profile reports of objects flying through or falling from the sky. For the public, these sightings didn’t just seem unfamiliar—they seemed not of this world. A civilian pilot had seen nine somethings flying in formation near Mount Rainier in Washington State. A rancher found mysterious wreckage on his property outside Roswell, New Mexico. Multiple people spotted a series of lights hovering over Washington, D.C., and moving toward the White House. The military even mobilized jets to intercept them but found nothing.

In the meantime, UFOs further infiltrated the public consciousness. They sailed into Hollywood, which to this day remains obsessed with stories about aliens, from friendly creatures to nightmarish monsters. The fourth Men in Black movie is coming out this summer, and it’s probably not the last.

Elsewhere, the lines between fiction and reality blurred. People told harrowing stories of nighttime abductions. UFOs became the focus of conspiracy theories about government secrecy. A disheveled, wild-haired man on the History Channel suggested   that extraterrestrial beings helped build Stonehenge. Over time, a collective opinion emerged about those who truly believed UFOs proved the existence of aliens, and it wasn’t a flattering one. “Let’s face it—believing in the paranormal has become shorthand for crazy,” wrote Alexandra Ossola in Futurism in 2017, on the lasting stigma surrounding UFO truthers.

Let’s face it—believing in the paranormal has become shorthand for crazy.

Military pilots are well aware of the taboo. Christopher Mellon, a former deputy assistant secretary of defense for intelligence in the Clinton and Bush administrations and an advocate for UFO study, has said service members worry that reporting UFOs puts their careers at risk. They also worry that staying silent could threaten national security, in case one of those mysterious objects turns out to be a new form of aircraft from a rival country.

After two decades in operation, Project Blue Book eventually concluded there was “no evidence that [UFOs] are intelligently guided spacecraft from beyond the Earth.” They attributed most sightings to, among other things, clouds, weather balloons, and even birds. “The report brushes aside the demands of some scientists and laymen for a large-scale effort to determine the nature of such ‘flying saucers,’’ The New York Times wrote in 1969. “Such a project, the report says in effect, would be a waste of time and money.” Future generations at the Pentagon thought differently. From 2007 to 2012, the Department of Defense operated a top-secret, $22 million program dedicated to investigating UFO reports, known as the Advanced Aerospace Threat Identification Program. The New York Times revealed its existence in jaw-dropping story  in 2017. “The program produced documents that describe sightings of aircraft that seemed to move at very high velocities with no visible signs of propulsion, or that hovered with no apparent means of lift,” the Times reported.

The report has been difficult to write because it involves something that doesn’t officially exist.

Edward Ruppelt probably didn’t imagine the journey his three-letter abbreviation would take over the years. In 1955, five years before he died, he dumped everything he had learned about UFOs into a nearly 300-page report. “People want to know the facts,” he wrote. “But more often than not, these facts have been obscured by secrecy and confusion, a situation that has led to wild speculation on one end of the scale and an almost dangerously blasé attitude on the other.”

As his successors in the U.S. military draft their reports and memos and guidelines, carefully avoiding any mention of that word, they will no doubt run into the same trouble he did. “The report has been difficult to write,” Ruppelt wrote in 1955, his frustration hovering above the page like the air over pavement on a hot day, “because it involves something that doesn’t officially exist.”