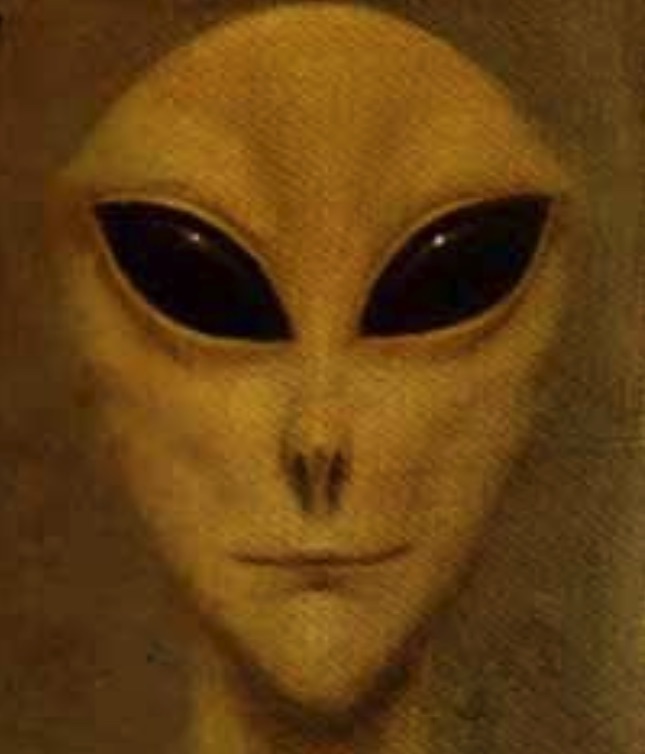 There is a culturally predominant view that all “aliens” are either a grotesque monster (e.g., the xenomorph) to battle the likes of Sigourney Weaver or some version of Whitley Strieber’s visitors — the Grays with their thin arms and legs, big head, and wrap-around black eyes. In stark contrast, the contactee and experiencer literature indicates that there are at least three dozen major types of non-human intelligences with 100s of varieties occurring across these categories.

Literally, tens of thousands of encounters with various types of non-human intelligences (NHIs) have been documented over the last 2,000 years. Volumes and volumes of books are filled with these reports. Thus, it appears that humans have always been interacting with mysterious beings, and they seem to come in all shapes and sizes. Some are associated with folklore (e.g., gnomes, fairies, and strange creatures), others with religion (e.g., angels and demons), and some with UFOs.

In order to get an accurate sense of how many types of NHIs encounter humans in a UFO context, I identified 12 primary sources that provide an overview of NHIs or that contained numerous examples of various types of encounters. Sources produced their lists either through research and analysis of UFO literature, channeling NHIs, or talking directly with experiencers. Some sources were systematic while others were more idiosyncratic. A few sources dated to the mid-1990s, while the rest have occurred since 2012 and, as such, are quite recent.

The various authors and artists used to create the table below often devised their own systems of categorizing or organizing NHIs. Thus, they almost all use different labels or distinctions – though there was a lot of overlap among those more commonly reported (i.e., the top 5-8 types listed in the table) with more label divergence among the less-reported types.

I have created a general framework that accommodates the sources I have used here as well as additional sources not represented in the table. Some categories from the 12 sources overlapped with mine whereas others required that I translate their system into a more general set of distinctions. However, even these overlap a bit and sometimes a description of an NHI could be placed into more than one category.

The table illustrates the variety and distribution of NHIs found in the UFO literature from various modalities (channeled, direct encounters and first-person testimony, and research). This table or a slightly revised version could assist understanding NHI encounters in non-UFO contexts (e.g., folklore, psychedelics, cryptozoology, OBEs).

After the table an annotated bibliography of the twelve sources follows for those who want to explore in more detail. 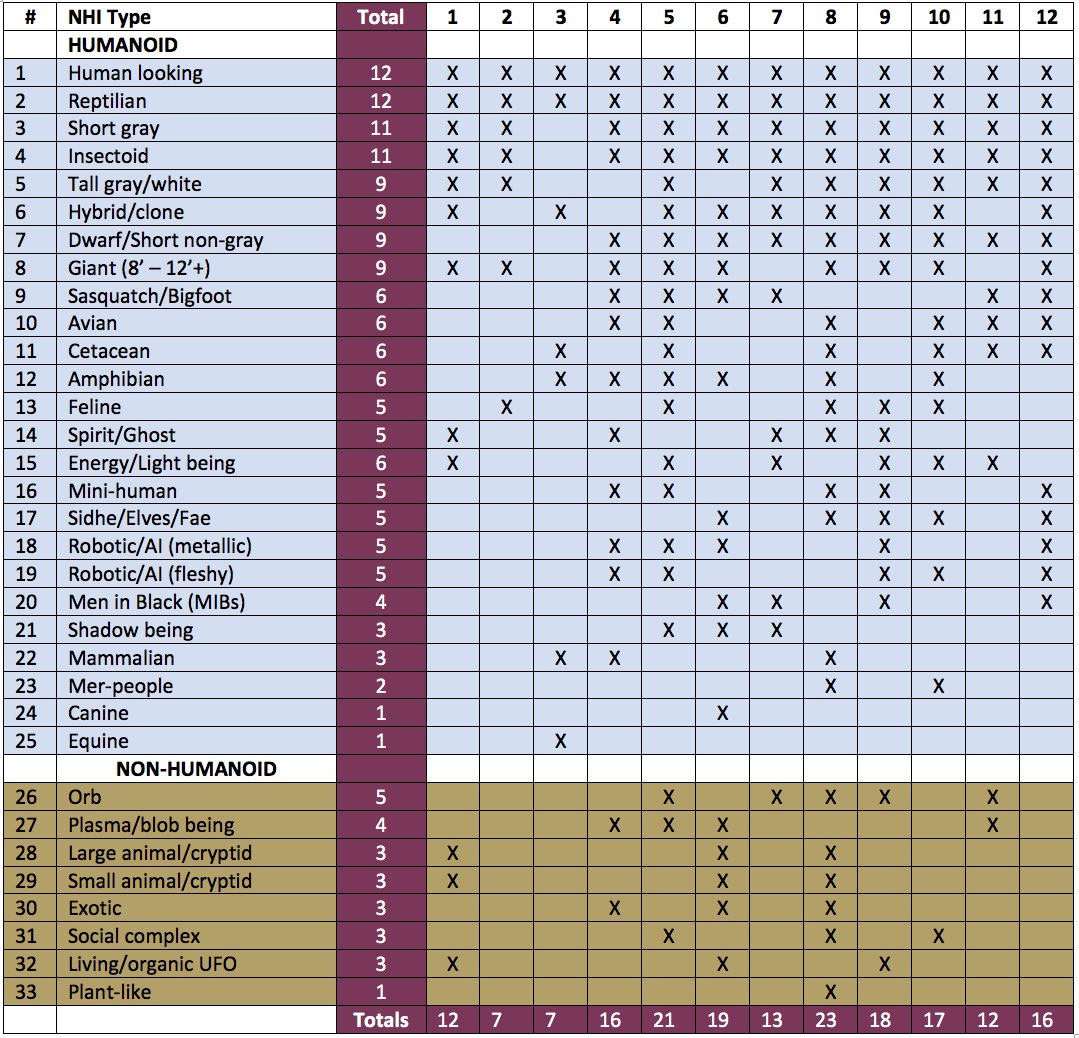 Webre’s presentation of NHIs draws heavily on the research of South African Manuel Lamiroy who has, more than anyone, mapped out the “exophenotypology” of NHIs. (see: https://www.exopaedia.org/Exophenotypology and http://www.exopoliticssouthafrica.org/phenotypes.htm) Below is a schematic of the nine- class exophenotypology that Lamiroy has developed to date. He is still incorporating dozens of new phenotypes after having gained access to a database of over 17,000 contact cases, most likely Albert Rosales database. Webre also discusses at length three Martian humanoid exophenotypes. 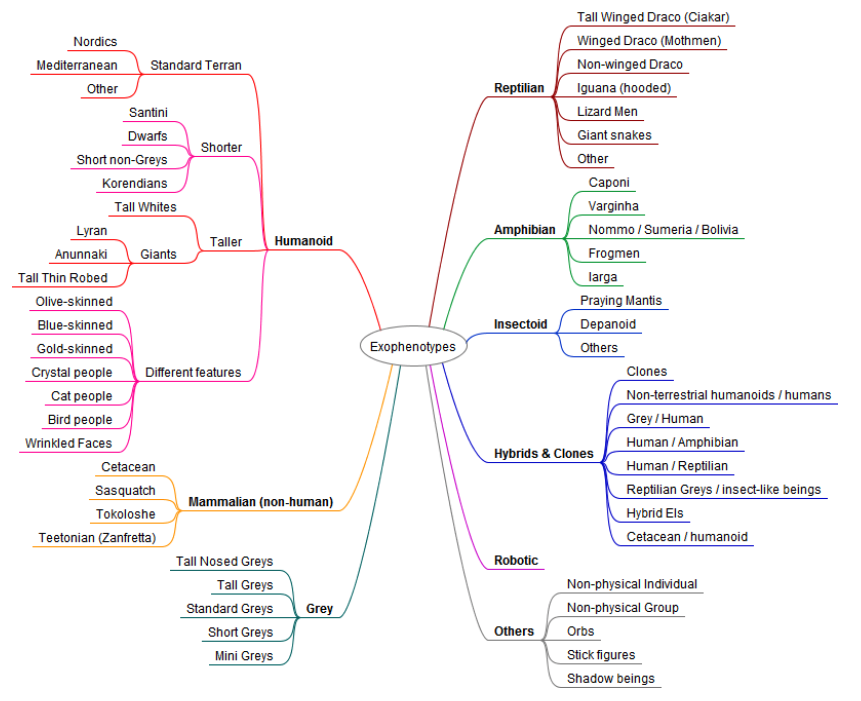