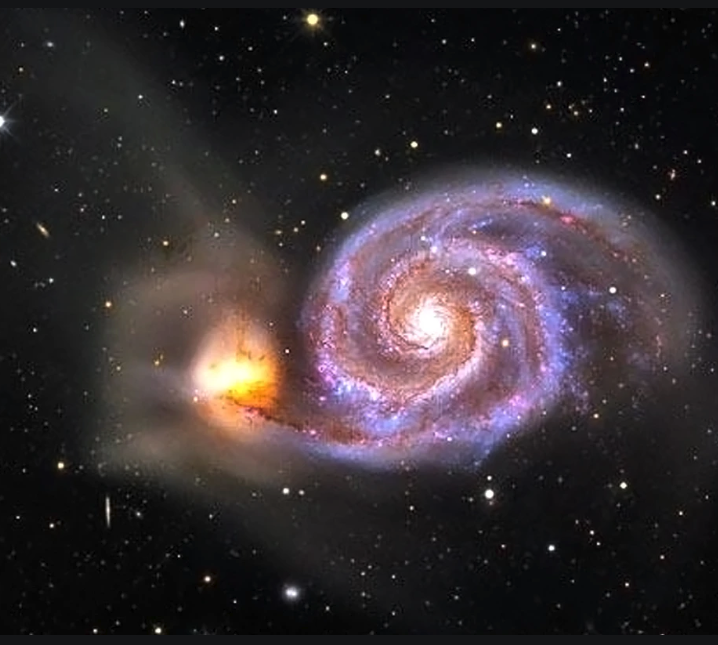 Astrobiology has become such a big part of what NASA does; it is incongruous that it won’t look for intelligent life.”

Long an underfunded, fringe field of science, the search for extraterrestrial intelligence may be ready to go mainstream.

Astronomer Jason Wright is determined to see that happen. At a meeting in Seattle of the American Astronomical Society in January, Wright convened “a little ragtag group in a tiny room” to plot a course for putting the scientific field, known as SETI, on NASA’s agenda.

The group is writing a series of papers arguing that scientists should be searching the universe for “technosignatures” — any sign of alien technology, from radio signals to waste heat. The hope is that those papers will go into a report to Congress at the end of 2020 detailing the astronomical community’s priorities. That report, “Astro 2020: Decadal Survey on Astronomy and Astrophysics,” will determine which telescopes fly and which studies receive federal funding through the next decade.

“The stakes are high,” says Wright, of Penn State University. “If the decadal survey says, ‘SETI is a national science priority, and NSF and NASA need to fund it,’ they will do it.”

SETI searches date back to 1960, when astronomer Frank Drake used a radio telescope in Green Bank, W.Va., to listen for signals from an intelligent civilization (SN Online: 11/1/09). But

NASA didn’t start a formal SETI program until 1992, only to see it canceled within a year by a skeptical Congress Private organizations picked up the baton, including the  SETI Institute founded in Mountain View, Calif., in 1985 by  astronomer Jill Tarter  — the inspiration for Jodie Foster’s character in the movie Contact (SN Online: 5/29/12). Then in 2015, Russian billionaires Yuri and Julia Milner launched the Breakthrough Initiatives to join the hunt for E.T.

“If NASA were to declare technosignatures a scientific priority, then we would be able to apply for money to work on it. We would be able to train students to do it,” Wright says. “Then we could catch up” to more mature fields of astronomy, he says.

Wright himself is a relative newcomer to SETI, entering the field in 2014 with a study on searching for heat from alien technology. He was also one of a group to suggest that the oddly flickering “Tabby’s star” could be surrounded by an alien megastructure — and then to debunk that idea with more data (SN: 9/30/17, p. 11).

In the last five years, scientists’ attitudes toward the search for intelligent alien life have been changing, Wright says.

SETI used to have a “giggle factor,” raising images of little green men, he says. And talking about SETI work as an astronomer was considered taboo, if not academic suicide. Now, not so much. “I have the pop sociology theory that the ascension of geek culture has something to do with it,” Wright says. “Now it’s like all the top movies are comic books and science fiction.”

When NASA requested a report in 2018 on what technosignatures are and how to look for them, SETI researchers thought hopefully that the space agency might be ready to get back into the SETI game. Colleagues tapped Wright to organize a meeting to prepare the technosignatures report, posted online December 20 at arXiv.org.

The exoplanet rush has sparked a surge in research about biosignatures, signs of microbial life on other planets

But Wright didn’t stop there. He convened the new workshop group with the goal of dividing up the work of writing at least nine papers on specific SETI opportunities for the decadal survey. By contrast, there was only one submission on SETI research, written by Tarter, in the 2010 decadal survey.

The SETI situation has also evolved since the 2009 launch of the Kepler Space Telescope, which discovered thousands of exoplanets before its mission ended in 2018 (SN Online: 10/30/18). Some of those planets outside our solar system are similar in size and temperature to Earth, raising hopes that they may also host life. Old arguments that planets like Earth are rare “don’t hold much water any longer,” Wright says.

The exoplanet rush has sparked a surge in research about biosignatures, signs of microbial life on other planets. NASA’s next big space telescope, the James Webb Space Telescope, is planning to search directly for signs of alien life in exoplanet atmospheres. So far, though, no one has found any biosignatures, let alone technosignatures. But the focus on searching for the one makes the case for ignoring the other seem all the weaker, Wright says.

“Astrobiology and the search for life has become such a big part of what NASA does,” he says. “The fact that it won’t look for intelligent life has become ever more incongruous with its other activities.”