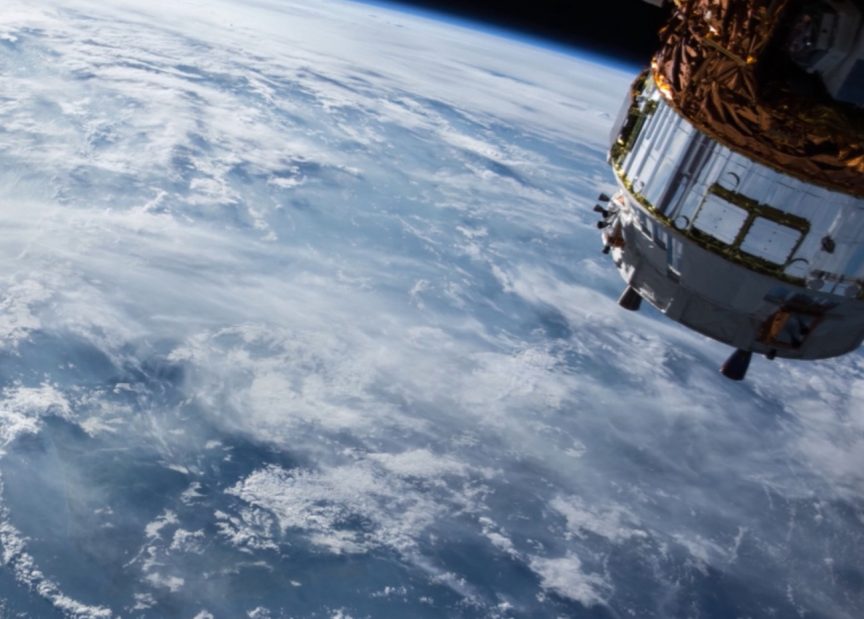 Based upon a review of seven sources, it is likely in the hundreds of thousands, if not millions, of people believe that they have had abduction-like experiences. Each of these seven sources provide a piece of this puzzle and together draw our collective attention to the abduction and experiencer phenomena. 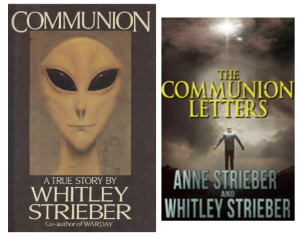 In 1987 Whitney Strieber’s autobiographical book Communion became a New York Times bestseller. Over the years since its publication, he received an astonishing 250,000 letters from readers sharing their own similar contact experiences. In 1997 his wife Anne selected over 50 of these letters and published them anonymously with permission in The Communion Letters.

This kind of reader response is virtually unheard of especially given these were sent prior to the age of the internet. It would seem that Strieber’s book unleased this tidal wave of response simply because people all over the world finally felt they found someone they could tell their own bizarre story to – someone they felt would not think they were crazy. These letters are housed in the Anne and Whitley Strieber Collection within the Archives of the Impossible at Rice University.

In 1981 Budd Hopkins published his now classic study of the abduction phenomenon Missing Time which documented seven cases of individuals experiencing “missing time” in the context of alien abductions. In an interview with Dini Petty which aired on September 14, 1989 Petty makes a reference to all the letters that poured in after this book was published. Hopkins responds by stating “The letters are still pouring in, I must have received 300 letters in the past 6 weeks, 5 weeks, something like that. I put at the end of the book the request that anybody who felt they had some kind of experience like this should write to me care of the publisher. What I began to find out was something that seemed to me originally very rare as an experience is quite widespread.”

While the exact number of “abduction letters” received by Hopkins is not clear. It is notable that in this interview he is indicating that he has been receiving 100s of letters a month over the last 8 years since Missing Time was published. This suggests that Hopkins likely received up to 40,000 letters or more from experiencers.

In the late 1990s Dr. John Mack – a Pulitzer prize-winning Harvard professor and chairman of the Psychiatry Department – gained international recognition and controversy by taking his clients alien contact stories seriously. He published two books on the topic Contact (1994) and Passport to the Cosmos (1999). In total, Dr. Mack worked with nearly 300 clients. In response to his books and public advocacy he received over 10,000 letters from the public sharing their own contact experiences. As with the Strieber and Hopkins letters these were also sent in the pre-internet era.  These letters are preserved by his estate in over a dozen boxes.

Dr. Ardy Sixkiller Clarke is Professor Emeritus at Montana State University. She is a trained researcher using qualitative and quantitative methods. She has spent the last 30-years collecting over 4000 first-person accounts from American Indian and indigenous people from around the world (US, Canada, Mexico, Central and South America, Australia, New Zealand and the South Pacific). This is the largest collection of experiencer and abduction cases collected in the field by a trained researcher. All accounts were consciously recalled without the aid of hypnosis. She tapes the interviews and takes notes during them. She has published 4 books since 2012 which present 157 of these first-hand accounts over 1100 pages. The stories she has documented detail both benevolent and malevolent encounters with various types of what American Indians call “Star People” or non-human intelligences (e.g., human-looking beings, blue beings, grays, reptilians, and insectoids). A majority of indigenous groups the world over have cosmologies that describe their ancestors as coming from “star nations.”   Many of the stories documented by Dr. Clarke included descriptions of abductions “Those who were abducted relate similar stories of physical manipulations, including the collection of fluids and hair.”   What makes these abduction cases so notable is that many of them are very similar to later abduction profiles even though (a) these come from unrelated communities and (b) were documented outside of exposure to mainstream abduction publicity.  In reflection on her life-long research she observes “It is no longer possible to ignore that something is happening, that millions of individuals are involved in something that does not fit the western worldview” (2016, p. vii). She concludes her third book with the following statement:  “While the UFO phenomenon is certainly not just found among American Indians, I believe that the encounters with Native people should teach us that we should approach this phenomenon with more humility, a sense of humbleness, and openness to the potential that alien life forms exist on Earth and are engaging humans more often than we know.”

In 1991 two well-known contact researchers, Budd Hopkins and Dr. David Jacobs, along with sociologist Dr. Ron Westrum commissioned a Roper Poll to determine how many Americans might have had an abduction-like experience. In-depth, face-to-face interviews were conducted in the respondent’s place of residence. Three national surveys were conducted in 1991 and in 1992 a 60-page report entitled Unusual Personal Experiences was prepared based on this data and distributed to approximately 100,000 mental health professionals, psychiatrists and psychologists. This report and its distribution were financed by Bigelow Holding Corporation and an anonymous funder. Dr. John Mack provides the opening commentary and states “The (this) Roper Survey, conducted between July and September, 1991, suggests that hundreds of thousands, if not millions, of American men, women and children may have experienced UFO abductions, or abduction related phenomena.”

The Roper Center for Public Opinion Research is considered one of the world’s leading sources of social science data. Their population samples include not just age and gender but also the precise percentages of individuals based on ethnic group, political affiliation and education data. As a result, the Roper polls can determine with amazing accuracy trends for the American public based on a small population sample. A representative population sample of 5,947 American adults was used. Eleven questions were used in all the face-to-face interviews conducted in people’s homes. Of the eleven questions five were “key indicator” questions that were based on common elements of an abduction experience, two were check questions to increase validity, and the remaining four provided additional insight into possible abduction involvement.

The results of the five indicator questions showed:

An individual had to respond positively to at least 4 of the 5 indicator questions to be considered a strong candidate for being an abductee. Nearly 2% of the representative sample satisfied this, which “suggests that 2% of the adults in the American population have had a constellation of experiences consistent with an abduction history.” Thus, they conclude that “based on our sample of nearly 6,000 respondents, we believe that one out of every fifty adult Americans may have had UFO abduction experiences.”

These results shocked those involved with the poll. No one was expecting such widespread positive results.

Validity of the Roper Study

While some have challenged the validity of the poll on the grounds that one of the questions was “double barreled” (a question that touches on two topics but only allows one answer) and thus might have led to an increased false recollection of unusual phenomena thereby skewing the results to some degree. While this is likely a fair critique one has to assume that the Roper organization is aware of such issues in the formatting of questions and takes measures to maintain validity. Also, even if the results need to be tempered to adjust for this issue it stands to reason that the survey results still are successful in suggesting that the abduction phenomenon is much more widespread than hitherto expected. For example, a positive result showing 100s of thousand abductees (opposed to millions) is still newsworthy and paradigm shifting.

Others have pointed out that the satisfying 4 of the 5 abduction indicators might not be sufficient to identify an abductee. If for example, all 5 were required this would drop the total number of potential abductees down from the millions to a few hundred thousand. However, these key indicators were developed by the leading abduction researchers and were pre-tested leading the research team to feel confident that they could be used to identify an actual abductee.

At the very least the results of the 1991 Roper poll is suggestive that abduction maybe much more prevalent than commonly recognized and requires us to take this phenomena seriously and investigate it further.

In 2002, a similar Roper Poll entitled UFOs & Extraterrestrial Life: American’s Beliefs and Personal Experiences (Roper Number: C205-008232) was commissioned by the SCI FI Channel as part of their research for and promotion of a new documentary they were producing on the Roswell UFO incident.

In August and September 2002 RoperASW conducted two phone surveys among a nationally representative sample of 1,021 US adults. The first survey focused on UFOs and ETs while the second focused on the Roswell incident. These two surveys contained many more questions than the 1991 survey but it did include a section modeled on the five key indicators and included a red flag question as well. Here are the relevant findings related to abduction-like experiences:

There are several things worth noting here. First, it is quite interesting that the 1991 poll found 2% and the 2002 poll found 1.4% of American’s are potential abductees. This can be viewed as a decrease of a million abductees (0.6%) over a decade or it could be viewed as largely consistent once the margin of error and other factors are taken into account.

Second, both the 1991 and 2002 polls found that between 2.9 and 3.7 million Americans have likely been abducted. Any number above 1 million should underscore that this is likely a very real phenomenon that needs to be examined in more detail. Third, given these polls occurred over a decade apart this reinforces that this phenomenon has remained consistent and is not just a passing fad.

Today 1.4% of the American population is 4.6 million. Furthermore, if we project that just 1% of the current global population of 7.5 billion people has been abducted or had a close encounter with a non-human intelligence that would be a total of 75 million experiencers. While these numbers seem incomprehensively large they are successful in illustrating that human contact with extraterrestrials and/or extradimensionals might be occurring on a much larger scale than we collectively realize.

In July 2017 a national survey was conducted by Toluna on UFOs, aliens and abductions. One of the key findings is that 18% believe alien abductions happen (about 57.6 million Americans or roughly 1 in 5). While this is not direct evidence, is it possible this figure is so high because (a) some of those people have been abducted themselves, or (b) they know someone who has been.

The survey also showed that the main reasons people believe abductions occur: 48% said they happen because of a genuine interest in human anatomy, 37% said they occur for medical experiments, and 25% said it was due to a plan for future colonization.

Other interesting findings include:

In 2018 The Foundation for Research into Extraterrestrial and Extraordinary Encounters (FREE) published the results of a ground-breaking five-year qualitative and quantitative study. This research was led by the four FRE E co-founders: Apollo astronaut Dr. Edgar Mitchell, Harvard astrophysicist Dr. Rudy Schild, world-renowned Australian close-encounter researcher Mary Rodwell, an experiencer and practicing lawyer Rey Hernandez. This research was the world’s first global survey of human encounters with non-human intelligences (NHIs) such as extraterrestrials, and only included conscious recall of the encounters (i.e., no memories induced by hypnosis were admitted into the data). A total of 3,256 people from over 100 countries participated in this research claiming to have had at least one conscious encounter with NHIs.

Of the over 3,000 contact experiencers, 33% of them reported abduction-like experiences.  And of those who were abducted there was a trend that their experience of the encounters shifted from being a negative one to a positive one with repeated contact(s).

This echoes the findings of John Mack, namely that overtime many abductees relate to their ongoing experiences as powerful transformative events in their lives.