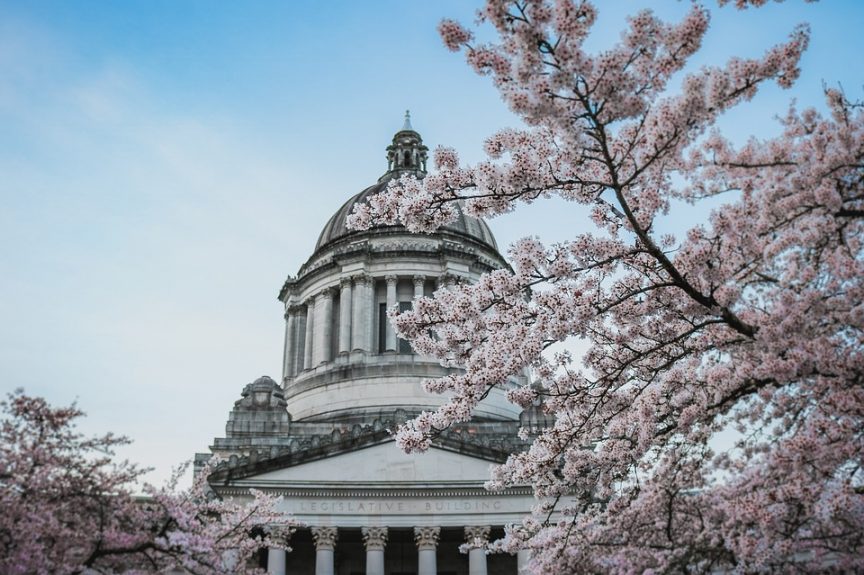 For five days, a room full of “high-ranking, intelligent, and important grown-ups from across the globe debated a variety of UFO-related topics…”

DO ALIENS REALLY LIVE AMONG US?

The Citizen Hearing’s fundraising video for their documentary project.

Earlier this year, I wrote about how the former Defense Minister of Canada, Paul Hellyer, declared that “UFOs are as real as the airplanes flying overhead” at an event called the Citizen Hearing on Disclosure.  At the time, I was so tripped up by the clip that I didn’t really get a chance to look into what the Citizen Hearing on Disclosure actually was—but since we gave you an exclusive interview with Paul Hellyer  yesterday—I figured now would be a good a time as any give you the skinny on what the CHD was about.

The Citizen Hearing itself was held this past April and May at the National Press Club in Washington, DC and about 40 people ended up speaking.

Paul was definitely not the only person testifying who ended up saying some crazy shit. Between Captain Robert Salas’s allegation that aliens have tampered with our nuclear weapons, and journalist Linda Moulton Howe’s mention of alien androids, the various testimonies at the hearing were an endless cavalcade of mind-boggling, almost unbelievable, stuff.

To the average person, these people’s stories and theories are the stuff of 1950s science fiction films, and when I was recently given the opportunity to meet Paul Hellyer in person, I feared he would be delusional. I thought Hellyer would be just a sweet, senile old man whose 90-year old brain had gotten a little fuzzy with age and full of crazy old man thoughts. But disarmingly enough, he was not insane but rather an intelligent, very with-it man who, in my opinion, genuinely just wants to get what he believes to be the truth out. That realization was both reassuring and terrifying.

It’s easy to dismiss UFOlogists as a bunch of nut bags, but when 40 individuals with credentials as impressive as Paul’s are speaking about extraterrestrials visiting Earth, it’s worth digging a little deeper.

I called up Stephen Bassett, the founder of Paradigm Research Group  (the organization that put on the Citizen Hearing Disclosure) t o get a better understanding of what the hell the event was about and why it happened in the first place. After a couple of minutes on the phone with him, it was obvious that his battle towards a society where our governments reveal that they have been hiding the truth about UFOs from us for decades—as he believes—is a deep calling, and it’s one that he felt the urge to follow into his late forties. “This is a time when a lot of people go to join the Peace Corps, and that’s nice,” said Stephen. “But I have bigger plans.”

It’s easy to dismiss UFOlogists as a bunch of nut bags, but…

In 1996, Stephen made use of his background in business development and his degree in physics to found Paradigm Research Group with the goal of confronting the US government about the whole “UFOs are being kept a secret by our political overlords” thing. The Citizen Hearing on Disclosure is part of a larger plan to checkmate the government into releasing UFO files and ending what Stephen Bassett calls the “truth embargo.”

According to Stephen, the US government-led truth embargo was designed shortly after the Roswell crash in 1947,  to conceal information regarding the existence of UFOs for reasons of national security. The risk of exposing such information would have been too great at the time. The Cold War was brewing, countries were arming themselves with highly destructive nuclear weapons, and civilization as we know it was on the verge of annihilation. “The Cold War and the ET phenomenon work in parallel,” affirms Stephen.

It was at about this point in the conversation where I felt like I was losing my grasp on reality but bear with me here. The Citizen Hearing on Disclosure (which I will refer to as CHD from here on) is one of many UFO advocacy ventures. It was carefully crafted to lend credibility to an issue that a lot of people find completely nuts. The scale and scope of this event had never been accomplished by any other disclosure project before.

The CHD is a true mind-fuck. It’s set up to look exactly like an official American congressional hearing—but with subject matter straight from intergalactic wackyland.

The hearing was designed with four specific targets in mind: the media, Congress, the American people, and the White House. The media is not asking the right questions—or asking any questions according to Stephen—Congress has failed to hold a hearing to discuss the UFO issue in over 50 years, the American people are misinformed, and the White House is of course pulling all the strings.

In the months leading up to the hearing, PRG had to assemble a credible lineup of witnesses who would come and testify at the mock hearing. The UFO activist group gathered 40 witnesses from around the world, including 13 researchers, and an array of government agency whistleblowers. Their task was to seriously convince a committee composed of former members of congress of the existence of aliens and their presence on Earth.

Paradigm Research Group sent out 50 invites to former members of congress, giving preference to those with experience in intelligence and science committees. The final council was composed of six members: three men and three women from a cross-section of political backgrounds—including three democrats, two republicans, and a libertarian. All of them were former American congress-people, with the exception of one, who was a senator.

So picture this. For a total of five days, a room full of high ranking, intelligent, and important grown-ups from across the globe debated a variety of UFO-related topics, going from the different species of extraterrestrials that are visiting earth to the reasons behind their presence amongst us. Some questions were left unanswered, such as the whereabouts of hybrids.

Yes, human-alien hybrids! One of the core consistencies of alien abduction reports is that a great deal of genetic work is performed on abductees. Think metal implants, chips, ovary and semen extractions, etc.

There also exist multiple reports explaining that visitors from outer space are creating hybrid entities, but not Stephen nor anyone else, could provide an answer as to where those creatures are. “It is one of the top five exo-political questions,” said Stephen. “Boy, I’m looking forward to finding out the answer to that.” So folks, keep an eye out for hybrids, because they might be walking amongst us!

The testimonies provided by all 40 witnesses were enough to convince four of the committee members to sign a statement calling for the United Nations to sponsor “a world conference addressing the possible evidence for extraterrestrial presence engaging this planet.” The US government has not made any comments regarding the Citizen Hearing on Disclosure, but one of the committee members, former Congresswoman Lynn Woolsey, did say she is “going to find out why we can’t find out” more about the truth embargo potentially being a real thing. So that’s something, I suppose.

This is probably a good time to mention that if you think it’s sort of fishy to put on a fake congressional hearing, to talk about how aliens are real, you’re not alone. The motive of the Citizen Hearing on Disclosure was obviously to raise awareness for the truth embargo issue, and the very nature of this event being setup as a staged congressional hearing lends an aesthetic of legitimacy that they didn’t exactly earn.

Critics have pointed out that the committee members received a $20,000 honorarium and all expenses paid for their participation in the hearing, but Stephen doesn’t give a fuck about the haters. “They can bitch about it, so what?” said the activist. Committee members presided over the hearing and heard over 30 hours of testimonies and had the opportunity to cross-examine the witnesses. They were also given evidence and material to review beforehand. Bassett did not ask members about their views on the UFO issue. It did not matter to him. “You’re not on a committee because you believe in something.”

The road to full disclosure is full of twists and turns and crater-sized potholes. Critics complaining about people getting paid for doing their job might be the least of Stephen’s problems. The hearing cost PRG a total of $700,000 and it was funded through a movie production deal with a baller named  Thomas Clearwater and they’re currently trying to get a documentary off the ground about the hearing itself, the truth embargo, and the death-bed confession of a man who claims to have seen aliens in Area 51.

At this point, it’s difficult to assess the impact of CHD, but at the very least it has satisfied the UFOlogy community, piqued the interest of certain skeptics, and made some viral internet waves. Even with all that, though, it’s hard to imagine the world will be taking the UFO question seriously anytime soon.

Ultimately, believing in the truth embargo and the CHD testimonies is a matter of trusting the testimonies of strangers—who could be telling what they believe to be the truth—or maybe they’re just actors who get paid to pretend they were abducted. Who knows? To be fair, a lot of being a citizen in a democratic society is about believing in what our government tells us. There seems to be a lot we don’t know about and believe me—it’s very easy to fall into the rabbit hole of conspiracy theories. Especially alien ones. But if Fox Mulder has taught me anything, it’s to trust no one. And that’s a good a motto as any when faced with the possibility that aliens live among us, and the powers that be do not want us to know.