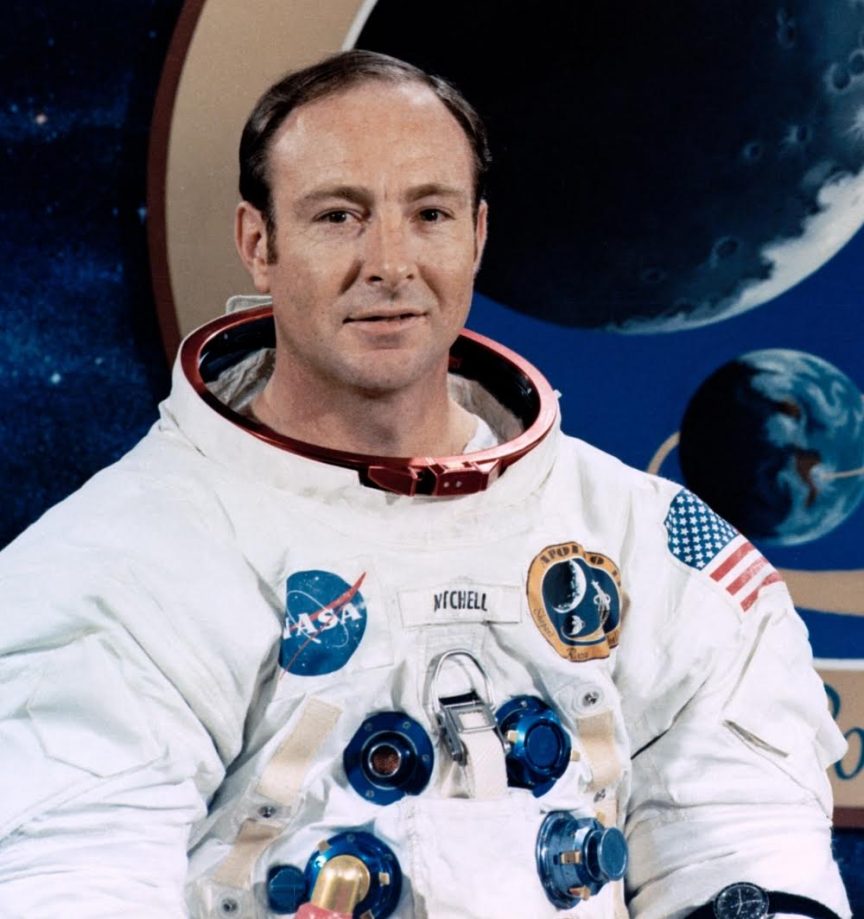 Aliens came to Earth to stop a nuclear war between the US and the Soviet Union at the start of the Cold War, according to the sixth man to walk the surface of the moon.

Edgar Mitchell, an astronaut on the Apollo 14 mission in 1971, says peace-loving aliens visited our planet during weapons tests at US missile bases and the famous White Sands Proving Ground in the New Mexico desert – where the world’s first nuclear bomb was detonated in 1945.

“They wanted to know about our military capabilities.”

“White Sands was a testing ground for atomic weapons – and that’s what the extra-terrestrials were interested in,” the 84-year-old told Mirror Online. “They wanted to know about our military capabilities.”

He added that the extraterrestrials were “attempting to keep us from going to war and help create peace on Earth.”  Mitchell also says that other officers support his claims.

“I have spoken to many Air Force officers who worked at these silos during the Cold War,” he said. “They told me UFOs were frequently seen overhead and often disabled their missiles.”

“Other officers from bases on the Pacific coast told me their [test] missiles were frequently shot down by alien spacecraft.”

“Other officers from bases on the Pacific coast told me their [test] missiles were frequently shot down by alien spacecraft,” he added.

While the claims may seem out-of-this-world, they’ve become somewhat expected from Mitchell, who has been outspoken about his belief in aliens since landing on the surface of the moon.

Mitchell has previously stated that aliens looks quite a lot like the stereotypical image – a small body with a large head and eyes.

He also adamantly maintains that aliens landed in Roswell, New Mexico, nearly 70 years ago, claiming that some of them were captured alive.

He believes the US government has covered up the landing ever since, fearing its superior technology would find its way into the hands of Soviet Russia, the Daily Express reported in May.

“The best course of action was to just lie about it and keep it to themselves. They labeled it ‘above top-secret’, and that created the long running iron curtain separating a secret group within the government, and the American public,” he said.

However, NASA released a statement in 2008 which said that “NASA does not track UFOs. NASA is not involved in any sort of cover up about alien life on this planet or anywhere in the universe.” The space agency added that “Dr. Mitchell is a great American, but we do not share his opinions on this issue.”

Mitchell claims that a “cabal of insiders” in the US government was studying alien bodies.

Following the NASA statement, Mitchell clarified to Fox News that his comments did not involve NASA but cited unnamed sources who told him that the Roswell incident did involve alien spacecraft. He also says he has received confirmation from an unnamed intelligence officer at the Pentagon.

In 2004, the former astronaut told the St. Petersburg Times that a “cabal of insiders” in the US government was studying alien bodies, and that this group had stopped briefing US presidents about their progress after John F. Kennedy.

Mitchell also claimed in 1996 that the US government has benefited from extraterrestrials’ “sonic engineering secrets.”

But despite all his claims, he told AskMen last year that he had never actually seen a UFO.

The sixth person to walk on the moon, Mitchell spent nine hours on the lunar surface in 1971, in the Fra Mauro Highlands region.