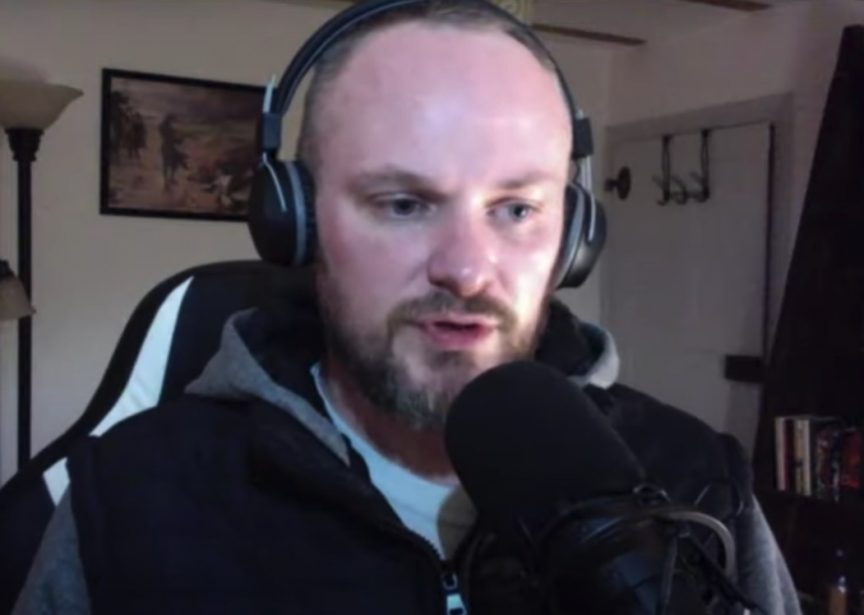 In February 2020, investigative journalist Tim McMillan published his report on the Pentagon’s secret UFO program, call AATIP (Advanced Aerospace Threat Identification Program).  Refer to our post: The AATIP program did not end in 2012. And we also know that often these programs avoid FOIA by contracting private industry

In a follow-up interview on June 24, 2020, McMillan provided addition perspective on the most remarkable aspects of his 2-year investigation. The video of the interview is available here.

Tim McMillan (TM): A large component of this reporting wasn’t trying to figure out “Are UFOs real?  What are they?” type of thing.  These were almost accepted as self-evident facts by the people I interviewed.  This was largely a technological intelligence assessment to determine “How far advanced is our scientific understanding and engineering from what this is?”  So that was very intriguing to me.

That speaks to the entire topic for the last 70 years. How about Roswell and all these things? It makes you wonder, “What does the government do if it has a lot more information or knows something’s real that it hasn’t released but yet says ‘Our science — our capacity –for understanding it, the gap there is too wide.’”  Let’s say, hypothetically, there’s a crashed Roswell saucer but they think, “We don’t have the material science. We don’t have the physical science.  We need a new scientific theory to understand this.  We don’t know how the energy works, or anything.”

The idea that then you could come up to somebody in DoD acquisitions and say, “Hey man, we really want to get a billion out of your F-35 budget to try to figure this out.” Well, the guy with the budget is going to say, “There’s no way I’m going do that for something so high risk and low probability of success. I could turn a third of my entire budget to this and not be successful, and while I’m doing that Russia is building planes and they’re building bombs and we’re going to be behind geopolitically and militarily.”   Could you decide  like a Raiders of the Lost Ark thing to shove it in a shelf to keep it quiet?

Steven Greenstreet (SG): Is this what you’re saying? For example — I’m not saying this actually happened — but for example, in 1947 an alien extraterrestrial saucer craft crashes in Roswell, New Mexico. Scientists and military take a look and they go, “What the hell is this?” They do a few experiments. They can’t figure out how it runs, how it flies, what it’s made out of.  So, they say, “Hey look, we’re fighting the Cold War. Instead of dumping a billion dollars into this, let’s just wait for technology to catch up and we’ll reassess.” So they put it in a Raiders of the Lost Ark warehouse. Years later, they open up the warehouse and they say, “Okay great, we got a lot of new technology. We have advanced, so maybe now we can figure out. Maybe that’s what’s going on now.”

TM: To be honest with you, that has played through my mind, as crazy as it would be.  When I started examining this two years ago, I thought, “This is our technology. This was a classified program, like the Tic-Tac. But I hit a dead end. I couldn’t find it. One of the things people don’t understand, when you’re dealing with that size of a logistics budget, you can’t hide things to that extent. We’ve never held a classified program – whether it’s the U2 or the SR 70 – we have never held one for 15 years, which is what the Nimitz is (2004). I mean they’ve never stayed classified that long because the cost of diminishing returns comes in: It costs more for you to keep it secret than the program running itself.

So that makes me wonder if there isn’t a “white hat and black hat” world going on where you maybe have these individuals — maybe it is Mr. Elizondo, maybe it is these others – who may believe that we do possess enough capability to understand this now.   Then you’re fighting with the other side who doesn’t want to divert money there.

SG: Right, it be like if you had a time machine and you sent an M-1 Abrams tank back to the Revolutionary War and went up to George Washington and said, “Here’s a tank to win the war.” They are going to say, “What is this? How does it run? It takes fuel that we haven’t invented yet. It has bullets that we have no idea how to make.” So, I could totally see them having this incredible device and yet deciding to spend their money on what they know will help defeat the British. They might think, “We can’t use this yet, so maybe let’s store it away and then in 1860, let’s relook at the tank.” I get it. I get the logic there.

TM: I talked to a very old gentleman who has been around the intelligence and aerospace game for a long time. He told me an intriguing story, and it was exactly what we just described. He said, “70% of what you’ve ever heard about Roswell is total bull. But 30% is true.  He said, “There was a vehicle with an occupant.”  Those were his exact words. He said, “Everybody is always looking at the CIA, at the Air Force. All these people forget that the Atomic Energy Commission was founded in January 1947, right before Roswell.”

The Energy Commission was a civilian commission. It was in charge of all of our nuclear weapons; but, they were outside the scope of government. They were civilian, controlling the most deadly devices on earth.  Because they were civilian, their information is proprietary.  If a car fell out of the sky into the 11th Century, the first thing you got to figure out is how to fuel it, so the Department of Energy would be your source.  He told me that whatever it was, was stored by them. I don’t know. He could just be an old person with a good background making up crazy stories.

He also told me that, “They weren’t flying saucers. They weren’t Tic Tacs.  They were something that possessed the ability to kind of make your mind see what makes sense to you.”

So that’s when he said we lacked all the facets to understand it — cognitive engineering, materials,  energy and all the science, so the decision was made to put it up until 1979 when the Atomic Energy Commission was ended by Jimmy Carter and the Department of Energy was enacted. Then it was moved to a private aerospace contractor, who did the Raiders of the Lost Ark thing, holding it up.

Chris Mellon was the Deputy Undersecretary for Defense for Intelligence. He was the number three highest intelligence official under the Clinton and then later Bush administration, briefly. When I interviewed him, he said he looked for it and never found anything like it.

I remember thinking, “What about the Department of Energy?” Even to this day, it is a government entity that is predominantly civilian. They are the only ones that have a separate security classification. You could plan the Bin Laden raid in the White House War Room, but if you don’t have a DOE Q clearance, you’re not setting foot on their property. They are very exclusive.